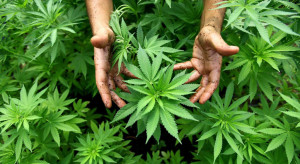 Cannabis, hemp, marijuana and their many other names are commonly associated with burning joint or bong filled with white smoke as ‘recreational drug’.  Cannabis is mostly used for its mental and physical effects, to boost mood, relaxation, and increase the appetite. Yet, there are side effects which are short-term memory loss, eye redness, anxiety, paranoia, motoric impairment and dry mouth.

Based on the British Journal of Clinical Pharmacology, CBD possess some medical properties:

These CBD medical properties are not thoroughly tested on human yet, but some UK based company GW Pharmaceuticals has made announcements about doing trials on schizophrenia and epilepsy seizure treatment on human using CBD based drugs.

There are also some concept about using CBD as cure to cancer. Dr. Sean McAllister, of the California Pacific Medical Center (CPMC) has spent nearly 10 years doing research on the effects of CBD on aggressive types of breast and brain cancer. His research has already shown that CBD can reduce the spread of cancer to other parts of the body. Although there’s only study on animal and cell culture models applied, Dr. Sean McAllister says his team is ready to test it on humans.

What is Essiac Tea